The Parks Project: Supporting Our Parklands

The Parks Project: Supporting Our Parklands

Several years ago, Keith Eshelman and Sevag Kazanci, the founders of Parks Project, volunteered for a trail workday in the Santa Monica Mountains in California. The volunteers were few and from an older generation. This surprised them. Where were the young people? After several more volunteer days with the same result, they decided to take action.

While volunteering they discovered that there were many projects in our National Parks that need funding, advocacy and support. Both Eshelman and Kanzanci had worked at TOMS, the shoe company that created the One for One model of companies giving back. They reimagined the TOMS model as a way to gather support for our National Parks and Monuments by making a line of t-shirts that directly funded backlogged projects in the Parks and encouraged younger folk to volunteer. 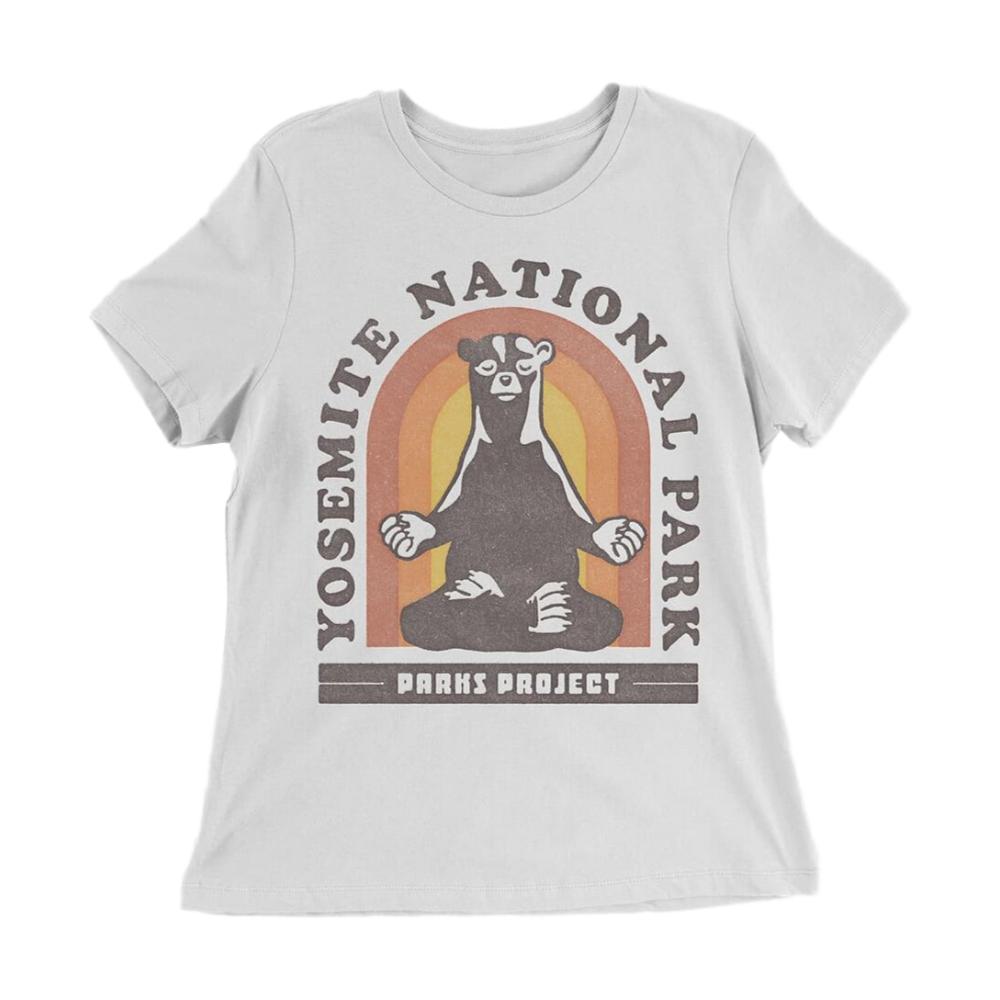 The Parks Project Mission affirms the company’s love of the outdoors, their responsibility to promote, protect and preserve public lands and is reflected in their motto is “Leave it better than you found it.” They support work in four areas: habitat restoration, wildlife conservation, visitor programs, and youth education. The infographic below shows some of the programs they’ve supported. 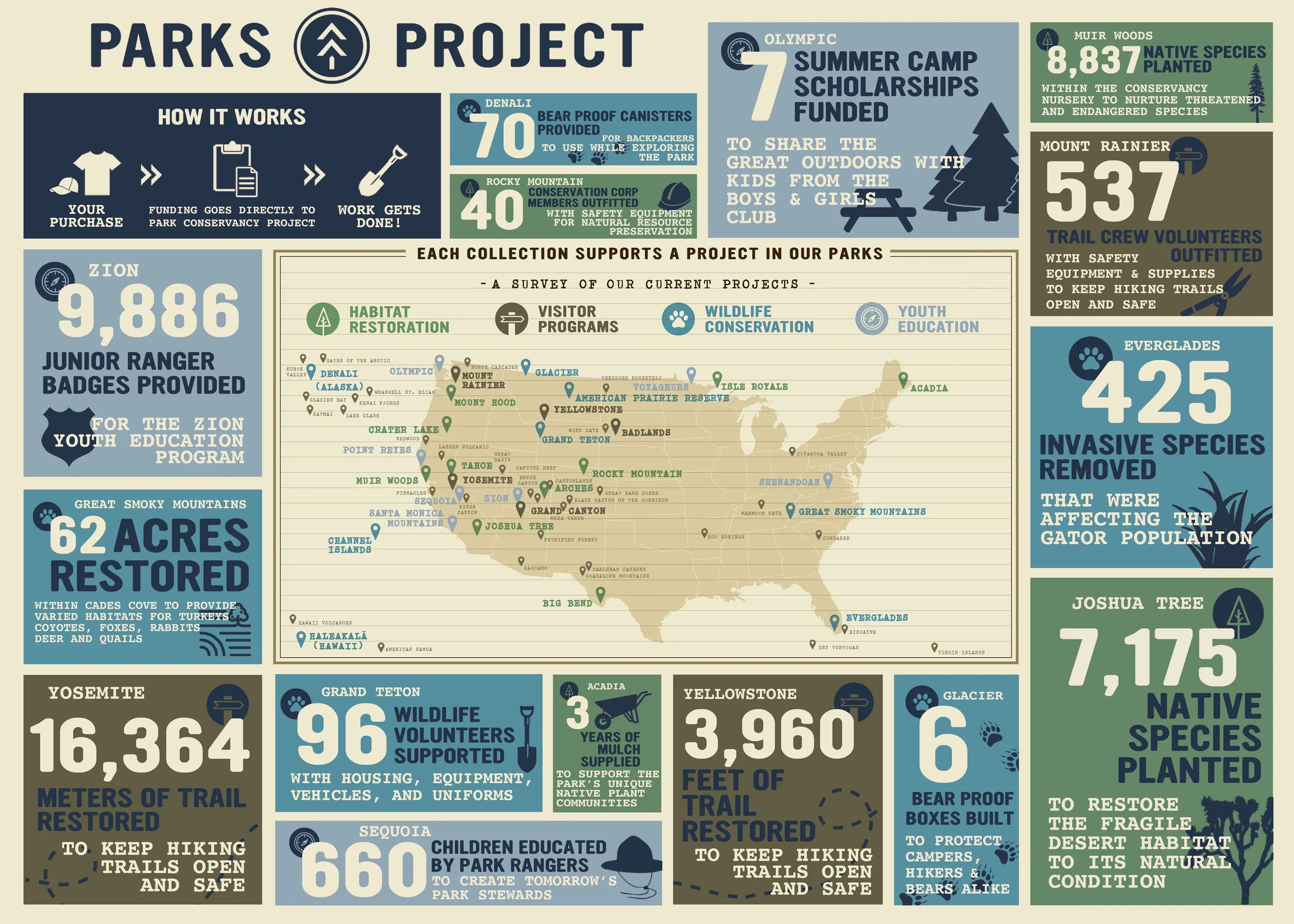 Sadly, not every Park that the Parks Project supports has a t-shirt of its own. You’ll find Parks Projects t-shirts for Arches, Big Bend, the Grand Canyon, Joshua Tree, Yellowstone and Yosemite in our stores and online. 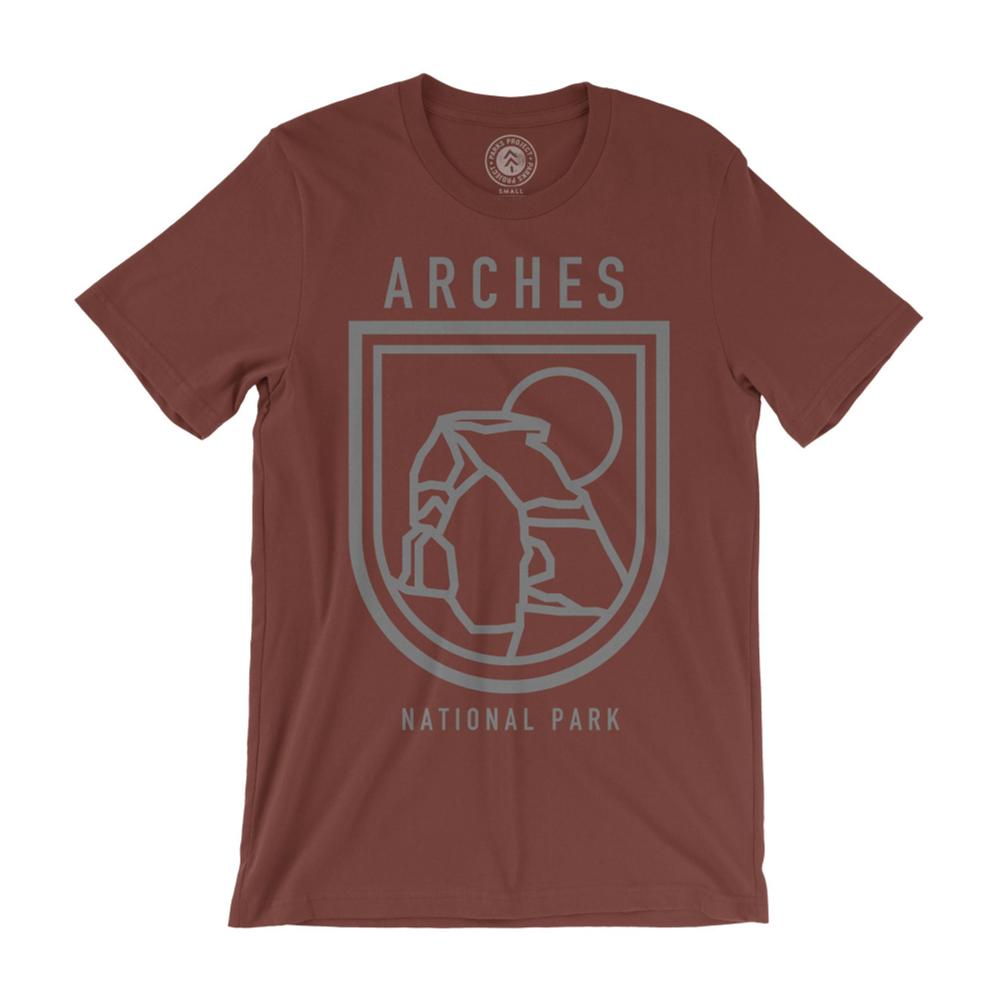