Over the years at Whole Earth, we’ve had a wall of remembrance at our office where we post photos and obituaries of our heroes. Residents of the wall have included Sir Edmund Hillary, Colin Fletcher, and one particularly close to our heart, Ned Fritz. Ned’s granddaughter Molly is a Whole Earthling, and we’re proud to claim a member of the Fritz’ family as one of our own.  Observing that Ned Fritz’ contributions to the preservation of Texas wilderness are not as well-known as perhaps they should be, we’re spreading the word about this amazing man and his work.

Ned Fritz, called by some the father of Texas conservation, is best remembered as the founder of the Texas Land Conservancy, an organization devoted to preserving environmentally important land in Texas.  For most of us, this would be the accomplishment of a lifetime. But it was just one of many for Ned Fritz. He was present at the creation of several important Texas environmental organizations: the Texas Chapter of The Nature Conservancy, the Texas Committee on Natural Resources, Natural Areas Preservation Association, and on the national stage, the League of Conservation Voters. 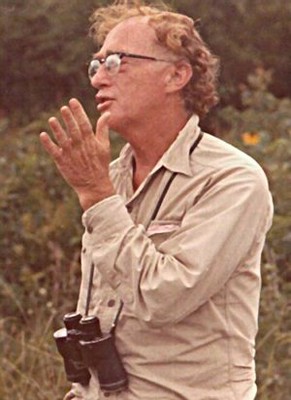 Fritz led the fight to preserve Texas wilderness areas in courtrooms and in the halls of Congress and the Texas Legislature. He battled clear cutting in national forests in Texas and was instrumental in the creation of the Big Thicket National Preserve and other wilderness areas in East Texas. By all accounts he was not only a force for nature but a force of nature. His energy and enthusiasm were irresistible: a request for help could not be denied.  His passion was to represent a normally unrepresented class, Nature itself, who was unable to speak or hire lawyers.

Ned Fritz was born on February 8, 1916 in Philadelphia, Pennsylvania.  When he was seven, the family moved to Tulsa, Oklahoma, where he had his first real engagement with the natural world. He could walk several blocks and be in the woods on the edge of Osage Country, the wild rugged Post Oak Cross Timbers. He learned the trees and plants for his Boy Scout badges and became a lover of Nature at an early age.

Fritz earned a BA from the University of Chicago and a law degree from Southern Methodist University in Dallas.  During World War II, he served as a U.S. Naval aviator and flight instructor in Corpus Christi. After the war Fritz worked as a trial lawyer primarily in the field of consumer credit, representing borrowers who were overcharged interest and harassed by lenders to pay exorbitant interest rates.  He also worked to remove the poll tax, for equal housing opportunities, and, in a hint of things to come, in 1957, he lobbied the Texas Legislature to maintain the protected status of the Harris Hawk. He also served as an advisor on consumer affairs during the Johnson Administration. He “retired” in 1974 to become a fulltime volunteer in the cause of environmental preservation. 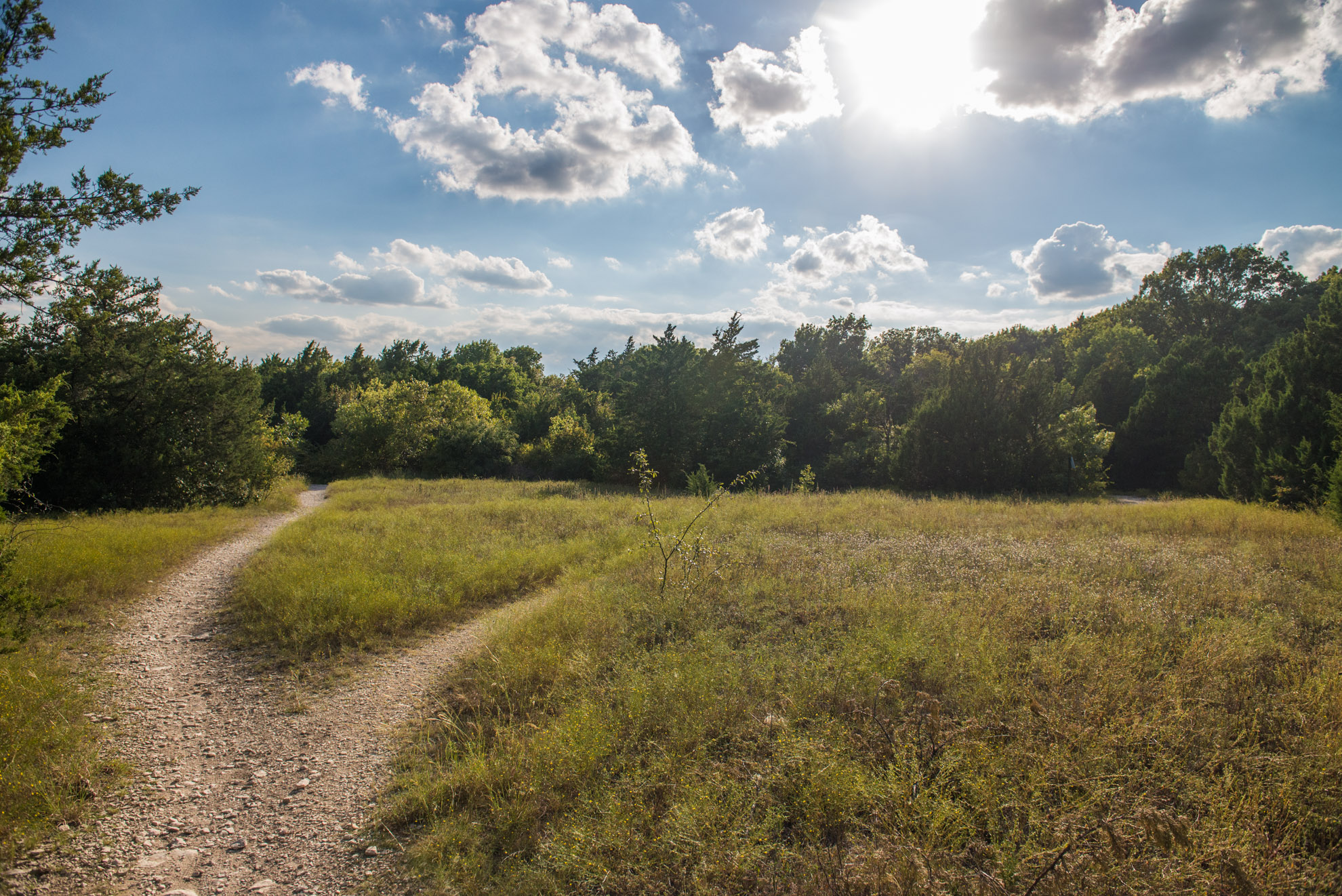 Reading Ned Fritz’ books and studying his environmental work, several underlying principles become clear.  The first seems obvious for many of us today, but was less so in the early years of the environmental movement: humanity is not separate from or above Nature. As Fritz was fond of pointing out, human beings are just another part of the ecosystem.  Realizing that human impacts on the natural world were immense, he believed that the development and the harvesting of natural resources should be cautiously undertaken with the full understanding that the effects of these actions cannot always be known beforehand and can last for generations, if not longer. As ecosystems are degraded or destroyed, he believed that we often have no idea of what we may be losing or the role they might play in larger natural systems and even in human survival.

He worked unrelentingly for the preservation of intact ecosystems.  Fritz was particularly opposed to clear cutting forests and replanting with only one or two commercial species.  He preferred selective harvesting where all native species were allowed to survive. He also believed that human beings need to learn to live within natural limitations. He was a proponent of non-structural floodplain management: rather than building dams and levees in the name of flood control, flood plains should simply not be developed, therefore saving vast sums of money on construction costs and on the inevitable losses due to floods beyond the control of manmade structures.

Ned Fritz worked to preserve ecosystems large and small. The small end of the scale is represented by his fight with the city of Dallas over his yard. He let parts of his lawn go wild and it immediately sprouted a meadow of Dandelions, Blue-Eyed Grass, Flax, Venus’s Looking Glass and many other wild flowers. The neighbors were not amused and eventually took him to court for violating the Dallas Weed Ordinance. He beat the charge two or three times on technicalities but finally decided to go to trial and try it on the facts. He won the case. The jury agreed that native plants are not weeds. The family put in a lawn composed of Buffalo grass and winter Texas grass, while the rest of the three acre property remained wild. 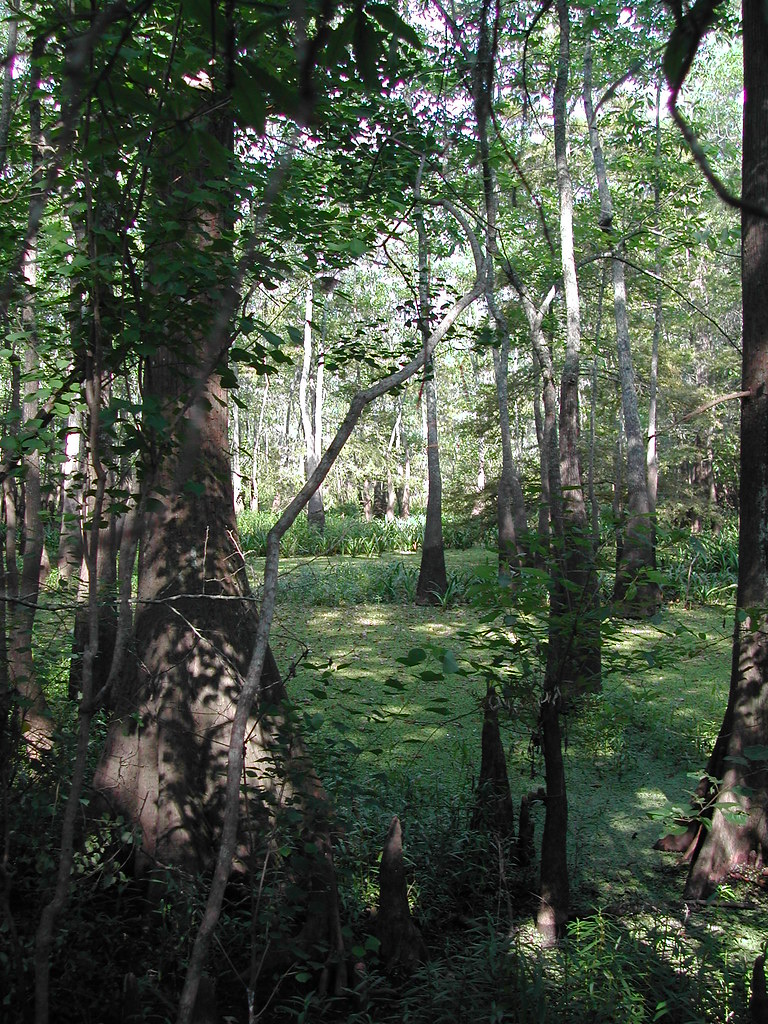 Ned Fritz’ work to preserve large areas of wilderness bore fruit in the creation of the Big Thicket National Preserve and a series of five East Texas Wilderness areas: Big Slough, Turkey Hill, Indian Mounds, Upland Island and Scenic Bend. His book on the five preserves, Realms of Beauty – A Guide to the Wilderness Areas of East Texas, describes each in loving detail. His enthusiasm is contagious and by the end of the book you’ll be planning visits to these very special places.

Ned Fritz was a believer in the power of grassroots organizations to bring together groups and individuals who could act together to bring about change. Environmentalists faced entrenched profit-making interests and longstanding cultural myths. Saving the environment required “great cunning, skill, breadth of appeal, and therefore, diversity”. He was happy for people to participate as much or as little as they wished and saw the need for hardliners, cutting-edgers, “milquetoasts” and all types in between, but he drew the line at violating the law. 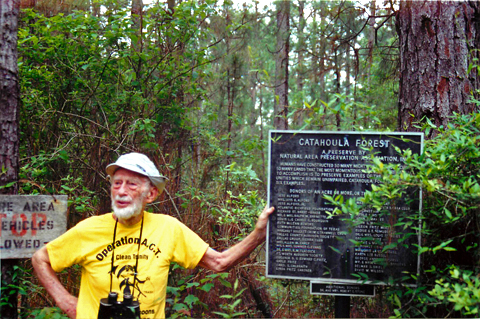 Fritz’ experiences with governmental agencies led him to believe that they often did not fulfill their duty to protect public lands and resources. He believed that land trusts like The Nature Conservancy and the Texas Land Conservancy were superior ways to protect the land forever in a natural state. These private groups were not subject to raids by profit-making entities unlike government agencies.

The Texas Land Conservancy, or TLC, was founded in 1982.  Responding to the encroachment of development on natural areas in Texas, Fritz decided there was a need for a land trust that would take on the preservation of small but important properties that were not large enough to be saved by other organizations. Using conservation easements TLC has preserved the physical and ecological integrity of wildlife habitat, native plant communities and scenic landscapes across the state.

Focusing on conserving land in six major watersheds, including the Llano, Pedernales, Brazos, Trinity, Neches, and the Medina rivers, the Texas Land Conservancy works to protect these watersheds from the threat for over-development, water pollution and over consumption of water. Most of the over 112,000 acres of property protected by the Texas Land Conservancy is not open to the public. Conservation easements limit development and provide for restoration and land management, but the land still remains in private hands.

However, TLC has six preserves that are open to the public. Two are in major Texas cities: Oak Cliff Nature Preserve in Dallas and Cibolo Creek Preserve in San Antonio. Throughout the year, some of the other protected properties are open to the public with guided hikes. You can learn about these special days by signing up for the group’s emails or social media posts on their website.

Ned Fritz died on December 19, 2008, in Dallas, at the age of 92.  The obituaries and tributes celebrated his extraordinarily full life and his legacy of Texas wilderness preservation. Almost 40 years later, the Texas Land Conservancy continues to carry on his work in preserving the land, water and wildlife of Texas for us all.

The Texas Legacy Project is an online archive devoted to preserving the memory of Texans who have shaped and continue to influence the protection of Texas lands and waters. It includes transcripts of four interviews with Fritz from 1983, 1997, 1999 and 2000.