Yosemite - one of the most beautiful places on Earth! I discovered that for myself in June. With its majestic waterfalls and towering granite mountains, Yosemite will awe you in every way imaginable. There’s a reason why it’s one of the most visited national parks in the world. As I wandered throughout the park, discovering new and stunning views at each turn, I was pleasantly surprised to hear languages like Mandarin, Japanese, German, and Spanish. People really do come from all over the planet to see this place, and I was ecstatic to finally be one of them. 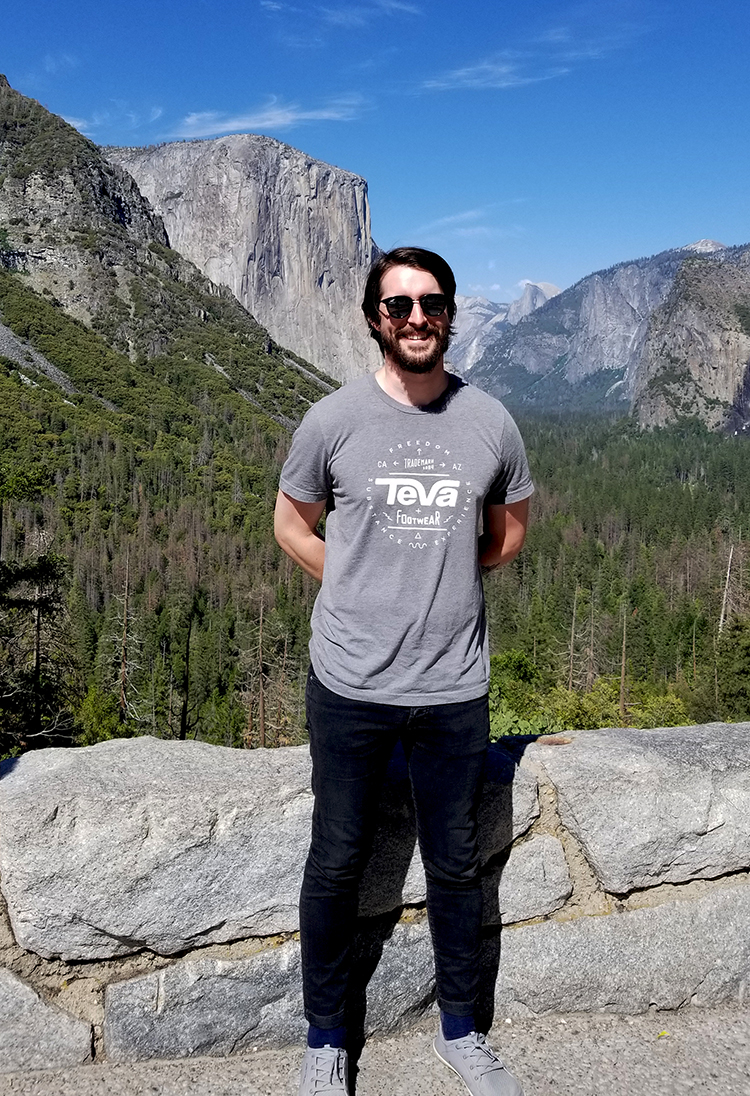 My interest in the great outdoors started about seven years ago when, on a whim, I decided to pop into an interesting-looking store and apply for a job. The place is called Whole Earth Provision Co., based out of Austin, Texas. I remember thinking, as I entered the store all those years ago, that this was somewhere I could call my home away from home. With tents adorning the walls, kites hanging from the high ceiling, and outdoor gear of all sorts just begging to be taken out for a nice, long hike, the place just seemed to glow with adventure. No matter the journey, the store appeared to have everything you would need. And little did I know that when I got the job, my life would completely change. My interest in the outdoors slowly but steadily bloomed into an obsession.

I began grabbing up gear like it was cash falling from the skies. I started hiking, camping and visiting all the state parks I could. But my appetite wasn’t satisfied. Soon, I began eyeing national parks. There are a total of 59 national parks in America, each one having its own, unique vibe. I started visiting the ones closest to where I lived: Big Bend, Guadalupe Mountains, Carlsbad Caverns and so on. Flipping through travel books on my lunch breaks, I would gobble up as much information I could about which national parks I should visit next – Yellowstone, Zion, Glacier, Grand Teton and of course, Yosemite. So, my wife and I started tucking away money, little by little, to pay for airfare to California. 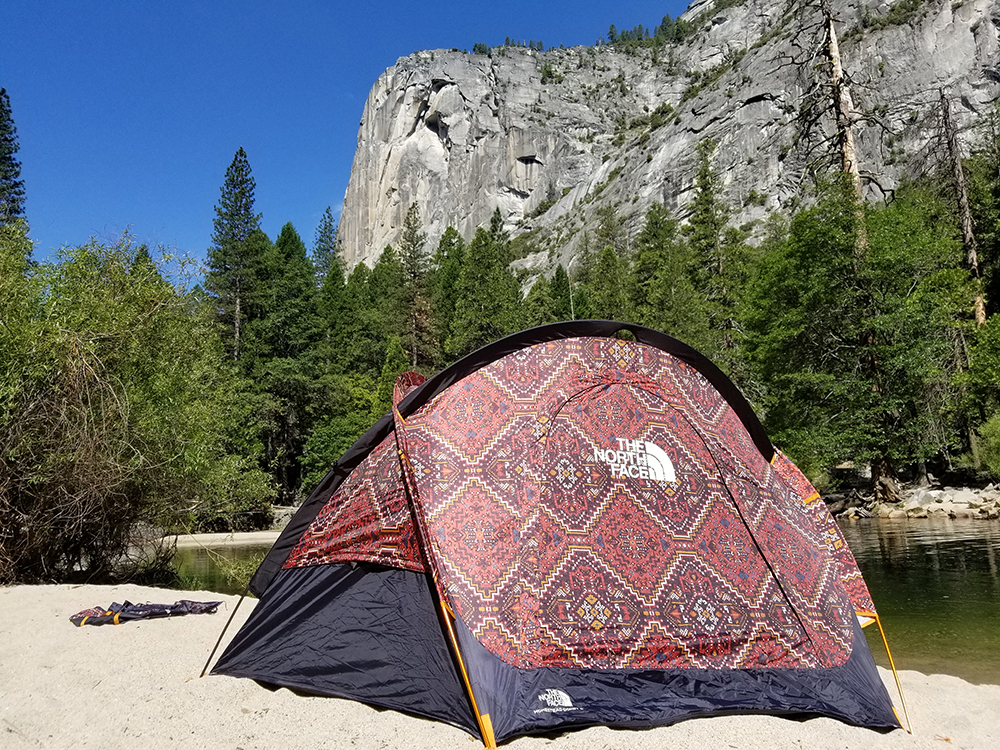 A few months later, I found myself gazing up in quiet fascination at Half Dome, El Capitan, and Yosemite Falls. I couldn’t believe we were here. The entire park is so beautiful it almost seems unreal. So we scoured Yosemite. We cruised the famous Mist Trail up to Vernal Falls. We walked under Giant Sequoias. We watched the stars light up an inky night sky. We also hiked the trail to Mirror Lake, where we found a gorgeous sandbar in the middle of the crystal-clear river. I brought an Osprey pack with plenty of gear inside, including our new North Face Homestead Domey 3 Tent. My wife pointed to the sandbar and suggested, “Let’s take a break for an hour or two and set up there.” So, we hopped a couple of rocks, set up the tent and relaxed on the sandbar for a while. With the flowing river surrounding us, Bluebirds chirping away in the enormous trees far above, waterfalls gushing off in the distance, and soaring mountains watching over us, my appetite for adventure was satisfied…for now.